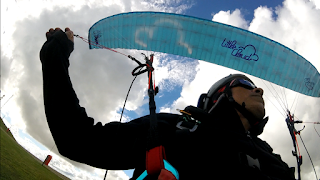 Between April 8 and 12, my great friend Ney and I were in Governador Valadares-MG to enjoy a few days of flight and also to observe one in the Brazilian Championship stage that would be rolling from 7 to 13. 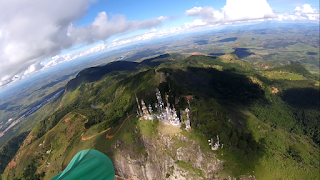 Those were very fun days. From the beginning the trip was attended by the partner Edimar, also from Maranhão, and soon on the 9th, an extra group from Maranhão and Ceará arrived to join in the fun. 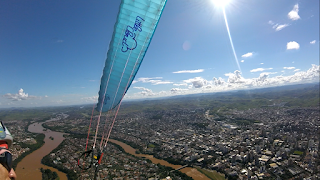 The whole week we had good flying days, except for Monday, which was completely cloudy and we went up just to make a little nail to the fair of peace and avoid spending the day lost in the hotel or in the city without what to do. 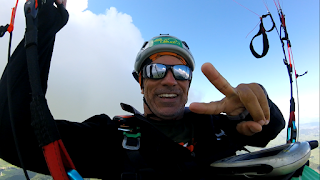 I really enjoyed the days, some of them even taking off before 10am and with the ramp still intubated, but doing beautiful exploration flights through the mountain of the whole ibituruna and gaining beautiful temperatures, giving beautiful tubes and amusing to kcta. 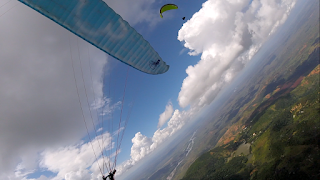 One of the great goals of the flying week was our friend Ney, who started flying in Valadares around the same time as I, some 25 years ago, and wanted to do the mythological flight to Caratinga-MG for the first time. 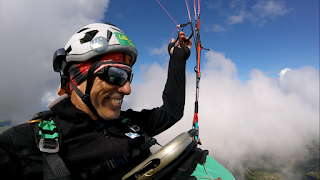 We're not in the mood for the goal. We flew every day with the purpose of having fun and making the most of any flying flight. And it turned out that, right on my last day of flight with this group, on Friday, I made a flight of 1h early and after landing in the ibituruna leaves with my friend Ney to try a more serious XC.
It was not easy, the ceiling was extremely low, 200m above the ramp, and we were flying conservatively and evolving on the southern route, towards Caratinga. After the valley of Engenheiro Caldas, I began to accelerate in the flight, making earlier tirades and looking at more stretched legs. The thing was flowing, flowing ... and we managed to get to Caratinga on a very beautiful flight, worked and with the magical mission seasoning fulfilled for my friend Ney. 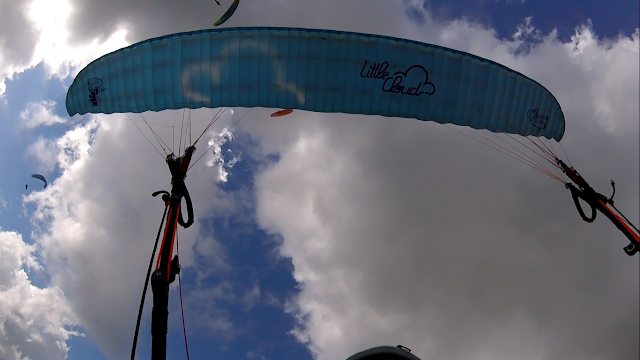 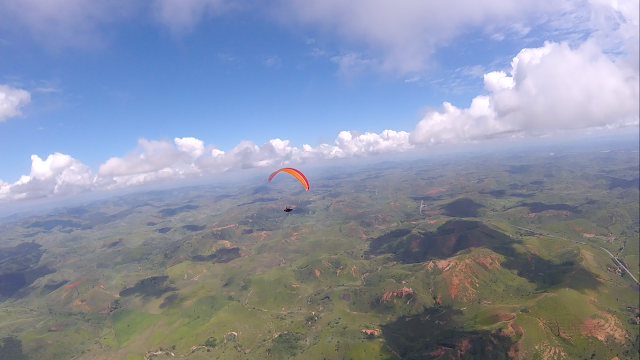 Down the Valley of Engineer Caldas, where we lost a little time while the condition turned to the afternoon cycle. We were cautious until the beginning of the mountain range and we were low in its beginning, what took us a good time in that phase of the flight. 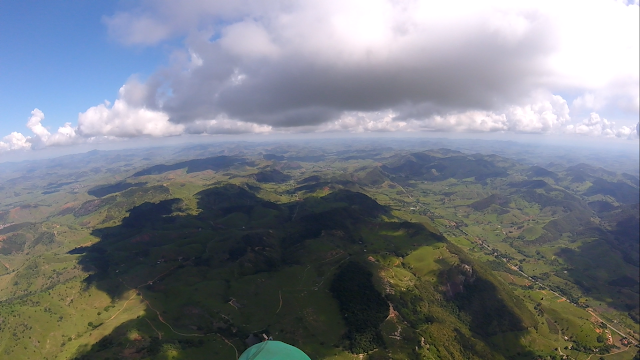 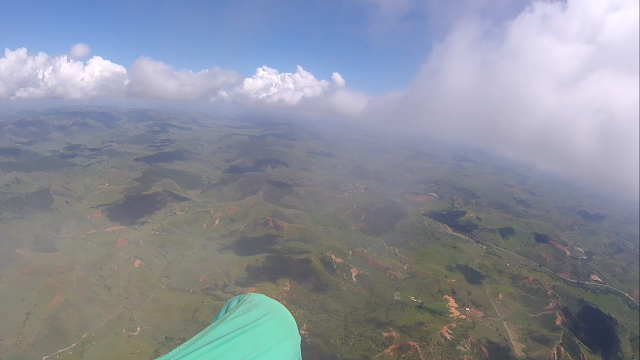 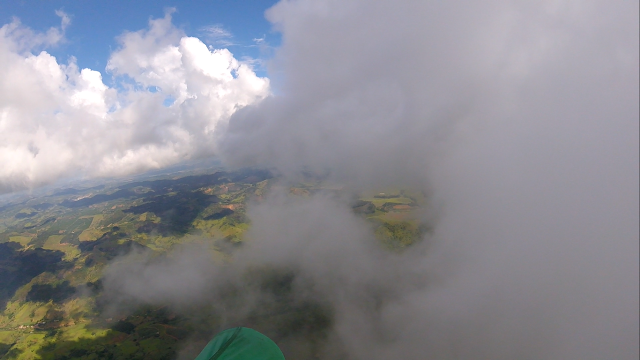 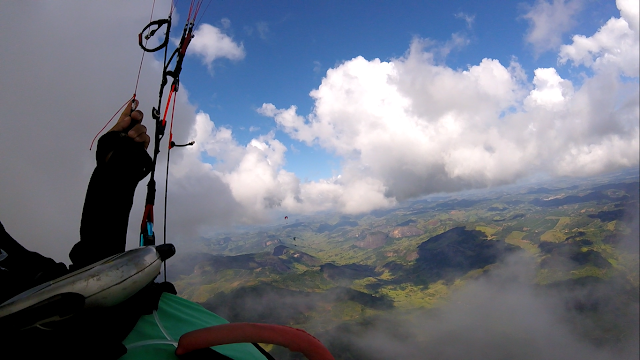 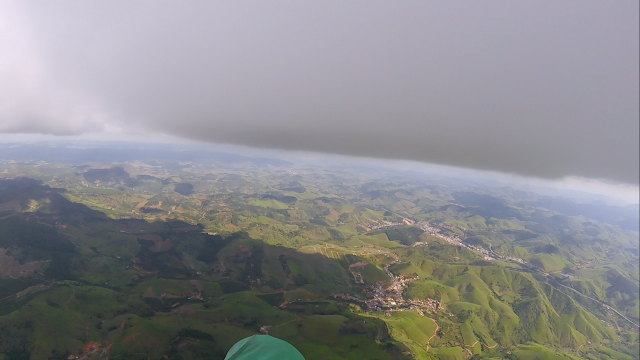 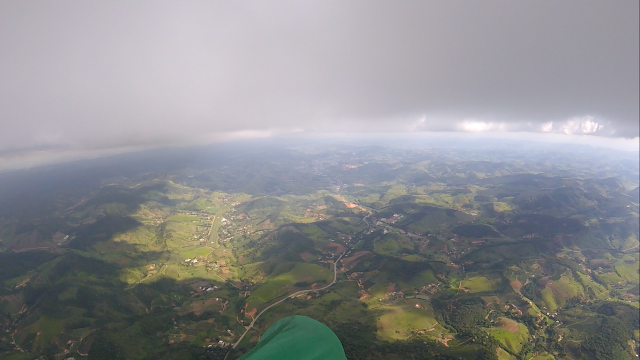 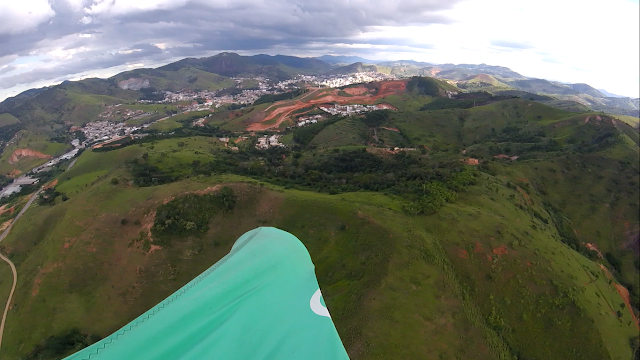 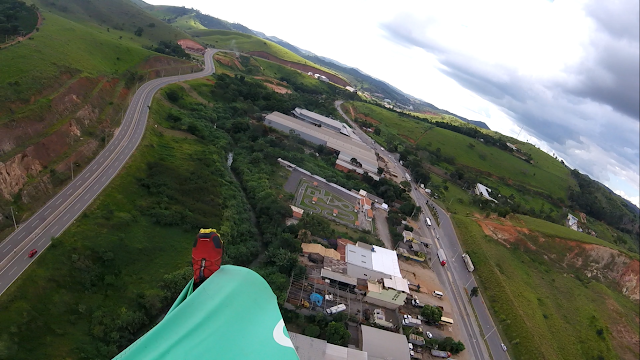 I hope you have enjoyed the images of those days of fun and the Caratinga mission of my friend Ney.
Below our landing point in Caratinga. 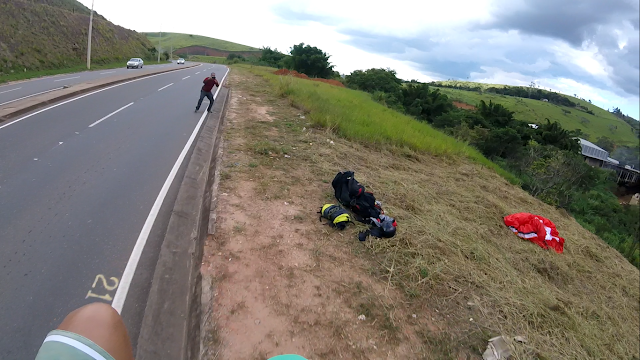 Thank you guys!!!
Portuguese
This article has been translated for your convenience and was originally written in Portuguese.

Choose from the following Sign In options to get started

Warning : Social media logins appear to be blocked.
Check your browser settings as you will not be able to log in!